Ways to Protect Your Body in Current Times

I just read something that's heavy so here's the precis version of what we can do/buy/take to help protect ourselves before, during, or after the shot or the virus.

Not saying I've sourced these but I'm pretty sure most nutrition house type places would know exactly what each of these are.

Posted by the couch activist at Thursday, July 08, 2021 No comments:

This post is inspired by a reply to a tweet about our need to rely on our faith in God at this time. The reply was simple, one man's opinion you could say. It was: "I don't need a god."

As a former Roman Catholic, I can understand the sentiment completely. I just whipped up some hot sauce and the heat is perfect, for me. If hot sauce were religious influence, my upbringing was mild. I had to go to Mass on Saturday night or Sunday morning until about fifteen after which, my attendance was sketchy at best. However, my best friend's family were much more Catholic than my parents and so they'd be medium hot sauce. Gran-Mama did the rosary every day. Heavy heavy on the dogma. Suffocating dogma. Beside my elementary school was the Church and the Convent where many of us took piano lessons from one of the nuns. Hot sauce. Strict, sober, sterile hot sauce. The piano teacher wasn't very strict but let's just say, there weren't many jokes being told!

Too much hot sauce can push a person to ketchup or cheese sauce instead. Some have such negative experiences that they take their wings or vegan bites plain, bare, dry from the oven. That's this guy. The guy that doesn't need sauce at all.

From this perspective, believing we can all agree on the vast concept of the One Infinite Creator is naive to say the least. It's like expecting a meal to taste the same though the ingredients were all measured differently. Many younguns raised in hot sauce families secretly revolt. Grade nine is usually when it happens. Whereas in my mild sauce family, I was allowed a nip of Dad's beer or a sip of Peach Schnapps from the vacay to Niagara, my friend wasn't allowed any alcohol. At least not at home in the presence of her family. So she made up for it in grade nine.

From my own experience I see though that the burn of being influenced to eat too much hot sauce or too hot a sauce, can be healed in time. Whether by complete avoidance or by way of being given the time and right to choose how hot you want your sauce or if you even want sauce at all. But even the person who orders their wings or vegan bites dry, can dip a wing in a sauce from time to time. For myself, I had to see all of the sauces before I could truly decide. As my friend Adam once said, all sauces have validity in some way. With a compassionate ranch or blue cheese dressing, even the hottest of sauces can be tempered for the palate.

The difference is solidly knowing that no one is going to squirt their hot sauce onto your plate without you asking them to. If it happens, we now calmly ask them not to and replace our plate with a clean one.

In the end, the sauce you choose is as personal as wanting no sauce at all. Taste buds may be forced to accept the heat; but they can never be forced to enjoy it, feel it in their core like they can't live without it, know it's the only reason they exist. That can only happen when and if you're ready for it. As I age, I find myself dipping in almost every sauce from time to time and enjoying it too. I'm now more sure of Creator than I've ever been. I'm also aware that each and every one of us are Co-Creators with that One.

As I mentioned above, I just whipped up some hot sauce. I developed the recipe based on my personal heat level and current cravings. And therein is the lesson and the thing I had to write through. We're all here to develop our own hot sauces. The only requirement is that it includes heat. But remember the absence of heat is still heat and as Co-Creator with the One Infinite Creator, your free will decides. 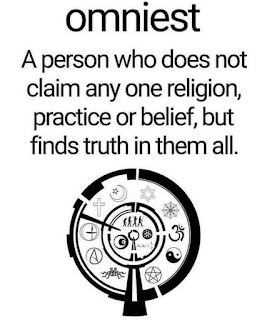 Posted by the couch activist at Thursday, July 08, 2021 No comments:

Long-haired freaky people need not apply for housing in my city. If they dare, they don’t even get a reply. Gentrification-in-progress in an Ontario city near you! We’re in the upside down where even guaranteed Government subsidy like our Ontario Disability Support Program is seen as an unworthy form of income when it comes to finding a place to rent.

We see gentrification in other ways -- when the lease is king the clauses are lengthy. Rules rules everywhere! If you’re lucky enough for a balcony, therein lie rules as well. Another form of gentrification is our ability to stay cool each summer. Oh Ontario with your extreme temperatures. “Hot air for a cool breeze” is now for the well-to-do and the home-owner only if housing gentrification succeeds. What I can’t quite understand is how capitalism feels about this movement.

My fellow tenants and I recently received notice and recommendation that we no longer use our in-window a/c units. Lowes currently has the Arctic King in-window unit for $149!! Instead, it was recommended that we buy a portable in-unit air conditioner instead. Best Buy's cheapest portable unit is $399! One neighbor complied and paid $700 of his monthly ODSP funds for something he didn't even need.

Not gonna happen here. I bought my in-window a/c unit last summer using my credit card’s handy 12 month, no-interest payments deal. I had to in order to afford it. I am the average Ontario citizen! And even though my income hasn’t lessened since covid began, I still could never justify paying $300-$800 for a portable a/c unit if I had to. Could you? Should you have to? And once again, if in-window a/c units are unsafe then why are they still for sale and on sale at every hardware store in town? What happens to all that inventory if gentrification succeeds? Sale for the homeowner; boo-hoo for the renter? We're already seeing caste systems in Canada where financial disparity computes to being seen as less deserving of common pleasures and necessities too.

Speaking of air conditioning in rental units, have you ever paid more rent to use your a/c unit? This is a common and illegal practice yet many of my neighbors have paid $150 more in rent every summer just to put their own a/c units in. CBC Radio 1 was talking about deaths by heat being an issue this summer which got me researching. According to this CBC article, the B.C. Coroner states that 719 deaths last week alone can be attributed to the heat wave. In 2021, success comes by way of ignorance and fear as most renters are too fearful of eviction to ever question their landlord’s actions or demands. When will families of deceased tenants begin suing Landlords for using unethical tactics to dissuade the use of our a/c units that lead to their loved ones death?

Who ensures the Landlords follow the rules? As Ontarians are evicted for non-payment of rent at a time when they were legally unable to gain income, our Landlord and Tenant board seems to have camped out in the Landlord’s pockets. Heck, we can’t even pitch a tent in this city without running against housing rules. What gives?

The jig is up. Homelessness has side effects. Every single day I read about locals having their cars broken into. This is just the beginning. At this moment, I feel lucky to live on the eighth floor.