When you are honest, it gives others the ability to mock you.

Sometimes that honesty is seen as a weapon.

I watched Hell's Kitchen again this season.  The one woman had a panic/ anxiety attack in the very first episode.  She made no secret of her mental health issues.

Two episodes ago, she was up for elimination against two male competitors.

They BOTH used her mental health issues as a reason why THEY deserved to stay in the competition and she did not.

However, anyone who chooses to demean you based on an illness, disability, or condition is a weak weak, shitty-minded person.

In the end, Trenton, the winner of Hells Kitchen 2021 GASLIT one of his opponents.

But I'm stubborn so I continue to discuss my mental health issues, my depression, my therapy, my experience with meds, and finally my success with plant medicine.

And now, I just use this as a clear and concise decision maker when removing ass-pects from my life 🙂

One day, we'll all laugh at how silly we meat-sacks were.

Posted by the couch activist at Friday, September 24, 2021 No comments:

Like many, I still struggle with knowing what I'm meant to do.  I have many skills now but when the angel numbers tell me I'm to continue fulfilling my purpose, it almost confuses me more!!!

Which thing? Which iron in the fire am I to focus my attention?

I currently have several articles in progress.  From woo-woo to housing, I'm expressing myself with no idea if I'll ever publish them anywhere other than my own blog.

But I went to sleep last night feeling a sense of satiation with how I lived purposefully yester day.

I managed my online hours.

I detached emotion while there.

I shared compassion with several of my other selves

I added to the above mentioned articles in progress

I enriched my spirituality by reading some of Jesus' words 2.0

Each night now I speak to Creator. I speak to them like they're my home boy, my bestie .... the person who knows everything about me and still loves me.

Because that's what Creator is.

Cleansing the mind of anything other than the knowledge of that unconditional love is easier now.  It's easier for me and you.  Try it.

Our existence is Creator's way of experiencing itself.  Mistakes are experience too and without moments of angst, embarrassment, struggle, failure, yada yada yada ... we would never learn.

Posted by the couch activist at Saturday, September 11, 2021 No comments:

Thoughts on Leadership & How They Really View Us

Justin Trudeau on Breakfast Television  <<At minute 8:20 my question video was played. 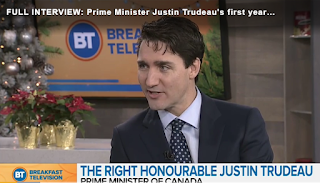 Wouldn't it be great if a new party came in and removed the tax from Medical Cannabis??

Justin believes that some of us are committing fraud which is a kick in the throat to every legal Cannabis patient in Canada. I campaigned for him, knocked on doors, even scrutineered for Justin's trusty local representative & Landlord, Mark Gerretsen.  But he's really kicking the LEGALIZING DOCTORS in the throat because no one gets legal to use Cannabis WITHOUT an assessment from a Doctor. I worked at Cdn Cannabis Clinics and know that the Cannabis producers are as strict as the pharmacist is with your other scripts.

Medical Cannabis is STILL the only Medicine prescribed by a Doctor that is taxed to the patient.  For Canadians on assistance of almost any kind cannot get coverage for Cannabis which keeps them taking more harmful and dependency-building pharmaceuticals. Yet, Cannabis is safer. Forcing low-income patients to take the medication you want them to take by way of cost completely aligns with forcing us to take an experimental shot with insufficient long term safety studies.

We all see the overdose deaths. There are few to no Cannabinoid receptors in the brain stem so you cannot overdose on Cannabis.

WHY isn't Health Cda ENCOURAGING people to use Cannabis through their Doctors??????

A recent Harvard Study showed that two sessions with a therapist and Psilocybin was 4X more effective than antidepressants.

WHY aren't we ENCOURAGING your Health Minister to reply to the daily emails she receives from TheraPsil.

My friend Shelley said something cool last night. She said that she's grateful to Justin Trudeau for making this possible. The energy of that gratitude will help her. I too, will visualize gratitude to him for throwing out a life-line when he obviously realizes he's drowning. We got this JT. The PEOPLE of Canada got the future all planned out my friend.  Parity as far as the eye can see.  The PPC future sees every Canada having a home because as you yourself stated, a home is a human right. They see body autonomy, Canadians first, then help others.

Y'know all of those Doctors who are being censored?  Many of their names were mentioned tonight.  Imagine a NEW Health Canada made up of Doctors like that. Doctors that put their reputations, careers, futures, income on the line and in some cases, for risking their lives.

That should be rewarded for THEY held true to their oath to DO NO HARM to practice Peer Review. That's what's incredible is that Peer Review is going on right now all over the planet except that it's not being televised or allowed to be shared.  Many of us including myself spent 30 days in facebook jail unable to comment, like, or post anything because I dared to share videos of Canadian and International Doctors practicing that which was the norm before this pumpernickel began--peer review.

I personally believe that they should be rewarded for their selflessness and bravery while speaking truth to power that used to be their peer.

This is it friends .... this is our opportunity to flip the system!

Over a million of us screamed that Opioids were not for everyone.

Today, the makers of Oxycodone have been fined hugely (though not hugely enough)

BELIEVE PEOPLE WHO GIVE TESTIMONIALS

Doctors prescribed opioids to many of us.

Even when we said we didn't want them (like me after my gall bladder removal) we STILL GOT THEM under a different name! (Tramadol)

Were the Doctors guilty of causing addiction?

Were the Doctors guilty of causing harm?

Are the Doctors currently guilty of causing bodily harm?

No ... our Doctors are tied to an archaic, ineffective, capitalistic form of medicine.  Many of times our Doctors LEARN from Pharmaceutical reps who are SELLING a product & EARNING a commission.

I started antidepressants at age 18 & literally felt like I was floating outside of myself.

Don't miss a dose or your brain will ZAP.

There came a time when I said EHOUGH.

If the meds worked, it was for people other than me.

I would use to treat my mental health.

I had to push Push PUSH.

When my new Dr asked why I thought Cannabis relieved my depression I interrupted and said,

That was many years ago & the last time I spoke to him over 2 years ago, he said,

"We're finding that the Endocannabinoid System is very complex"

I couldn't hide the grin that day, knowing I might have had a wee itty bitty part of solidifying his confidence in what I know to be true.

It takes a community to teach the healer to heal.

This Is Your Brain On Psilocybin -- Any Questions?

Left:    This is your brain

Right:  This is your brain on Psilocybin 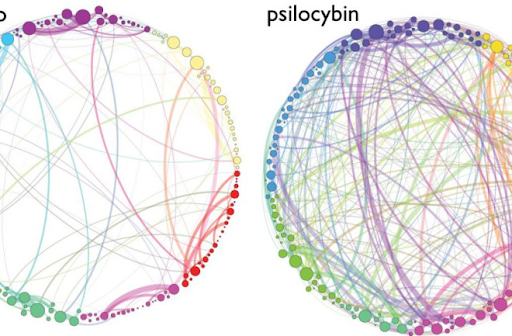 We need to get this legalized stat!

Posted by the couch activist at Saturday, September 04, 2021 No comments:

I helped a woman back home one time with a short-term work gig.

She was a very strong Christian as was her brother.

He didn't work aside from jobs here and there.

She said that he didn't worry about much because he trusted that Jesus would provide for him.

I thought she was nuts for thinking that but ... what if eh?  I mean, he had land and was building a house of his own so ... maybe I was the one who needed to learn a thing or two about faith!!!!

What if the worry creates the worrisome?

For me, the worry presents images in my mind.

For instance, last night after I read about a woman in New Brunswick who's rent is going up $1000 in 3 months, my mood plummeted.  My hubby kept checking if I was okay.

I couldn't help visualizing what would happen.  As the images poured into my mind, I remembered that in those channeled letters from Jesus, He says that WE CREATE OUR LIFE by doing just this ---by visualizing future events that have not even happened.

Jesus is confirming to me that OUR THOUGHTS ARE LIKE COMPUTER CODE.

So, I thought .... okay well, so I'm just supposed to what, imagine that that woman doesn't get evicted?  Imagine that something either lowers the price or raises her income?

So, as I washed a few dishes, I sat with that.  I sat with the idea that I don't have to worry about that cuz good will prevail. I visualized her still in her home.

I'm on a mission to visualize WHAT I want this world to be for all of us.

Posted by the couch activist at Friday, September 03, 2021 No comments: