It's Illegal to Charge Extra For A/C Usage in Ontario But ...

My superintendent is out checking who has a/c units installed.

She doesn't know it's illegal to charge extra fees.

So, what happens next?

Will another form be placed on our doors?

You see in Ontario, the LL can't charge extra for a/c usage UNLESS it's in the lease or they've discussed it with you & you agree.

They put the "How do you want to pay?" form on all of our doors thinking THAT'S a discussion.

The sad part is mentioned above, the Super has no idea she's doing anything illegal & this is how it's done.

I've already discussed the subsidized unit on the first floor that's been empty almost 4 years now.  When I urged her not to turn up the heat which would stop the fire alarm from beeping, she said:

"I am just one person.  I cannot do anything about that."

If she did, she'd be shown the door & for supers, that means you get 48 hours to leave the unit you live in as part of your remuneration.

Oh ... this is the shortest & curliest that they have them by.

And it just might be that the Rental Industry has the least oversight of all.  This is because of cronyism & the fact that our politicians & their elite-minded families on all levels have lined their pockets in the Rental industry.

For relevance, the Gerretsens have always had rentals in the Queen's area & some of those rentals are the slummiest in the city. Both Dad and son were/are in Politics representing the very people they're ripping off to this day with GP Properties .

Nepotism in Politics should be banned.

Oh well, it doesn't really affect me.  I wish this fact meant more.  I'm still enraged at my neighbors paying $170 more each season than they legally have to.

Ontario ... a place to grow ... if you're a corrupt politician otherwise known as a politician.

So is NESARA For Real?

NESARA or National Economic Stabilization and Recovery Act was signed into law on October 10th 2010 by President Bill Clinton.

I don't know a lot about it but I found the unsigned document in pdf here.

Woo Woo Warning:  Some say that Clinton was influenced by benevolent extra-terrestrials.

In fact, these et's are part of what's known as the Galactic Federation of Planets. This is a first for many of you yet at the beginning of the pumpernickel, this article titled "Former Israeli space security chief says extraterrestrials exist, and Trump knows about it." was published on mainstream media.

The future is so bright we need to wear shades!

This is a place holder for the pdf and I'll be adding/editing as more info is received.  Feel free to comment and share any info you have on NESARA GESARA (Global Economic Stabilization and Recovery Act)

Posted by the couch activist at Tuesday, June 14, 2022 No comments:

Q’uo, the final question from the circle asks: “Is there a higher rate of feeling personally inadequate among wanderers as compared to the general population, and if so, why would that be? How could such catalyst be employed to more deeply know the heart of self?

New Speaker (person who is 'channelling')

I am Q’uo and am aware of your query, my brother. Yes, my friend, the wanderer has far more likelihood of being affected by feelings of unworthiness than the regular, shall we say, or general consensus population, because within the wanderer, whether or not it is consciously known, resides the knowledge of the harmony of the home density, of the love and the light, which is the normal way of being for the wanderer whence it came. The wanderer, especially if it is unconscious of being a wanderer—but also if it is conscious—has this knowledge with which to compare the experience it is now having within this third-density planet, at this time, where confusion and chaos reign supreme.

The consensus reality has far different means of feeling of what is valued to the seeker or to any entity upon the planet, for that which is of the mundane world is that which is held as the goal: the education, the job, the money, the status, the power. These are things which can be used positively, but most frequently are not upon this planetary sphere. Thus, the wanderer compares itself to those who hold this value system, and sees itself falling short, and especially if it is unconscious of its condition as a wanderer and does not know that there is another way of being that is in unity with all other entities and with the One Infinite Creation and Creator. Then, this wanderer shall again use this system of judgment within the consensus reality to place upon itself the harsh judgment, feeling that it is not worthy of its own esteem, because it is not worth of the esteem of those about it within the consensus reality.

Thus, such a wanderer will eventually have opportunities to realize its nature as a wanderer, and the falseness of the world around it, when considered in comparison to the unity of the One Infinite Creation in the density whence the wanderer originated.

Thus, at some point each wanderer will have the opportunity of making this realization that it is not better than anyone else, but it is different from those about it. [It] will see in this difference the possibility of worthiness: that there is much to value in love and in light, the foundation stone of each wanderer. Each wanderer may then look upon itself in a far different light, opening the heart to the self, loving the self, then being able to extend that love to others about it so that it is reflected back to the wanderer. As the love and the light of the One Infinite Creator begins to flow more and more through the wanderer’s heart, reaching that level of understanding, shall we say, that is possible within this third-density illusion, [the wanderer begins to realize] that it is one most worthy, or it would not be here serving this planet that so desperate needs the love and light of each wanderer upon it, for this planet is having great difficulty in becoming born into the fourth density of love and understanding.

Each wanderer is well aware of this problem, and seeks to give all that it has in the amelioration of the difficulty, of the chaos, of the hatred, of the separation, the division that exists among peoples of one kind or another, one color or another, one religion or another, one sense of self or another. The wanderer is here to help all realize that all are one, and the wanderer itself is an integral part of that oneness, of that unity.

Then, with this knowledge firmly established within the mind, the body and the spirit of the wanderer, the wanderer may go forth in love and in light, in peace and in power, and in the knowledge that it has that which is valuable to offer, for it is a valuable being. It is the One Infinite Creator.

Posted by the couch activist at Tuesday, June 07, 2022 No comments:

Finding It Hard To Love Yourself? Here's a Secret

Before your soul energy came to earth, you decided what you'd do, how you'd look, who you'd spend time with etc.

This means that every single perceived flaw society has convinced you that you have, was chosen by you.

You love yourself more than you know but will soon learn.

Posted by the couch activist at Friday, April 22, 2022 No comments:

The Separation Of Child & Parent

The Collective Parent was ok with Bambi's mom being shot, ok with cigarette & booze ads aimed at kids.  They were ok with Gaga using children in bloody photos in a meat suit.  They were ok with the over sexualization of music, movies, netflix, disney, every single thing a kid was drawn to was sexualized.

The collective parent is ok that kids believe Santa buys their gifts, the Big Easter Bunny gives them chocolate and that awesome Toof Fairy is who puts change under their pillows for a toof.

The use of children in music, tv, movies, horror, marketing ads, the child used in a million differing ways.

But the thing that the Collective Parent cannot abide?

A person with a beard wearing a skirt.

That's too far, too harmful, too much.

The ice is gonna break.

The separation of child & parent is an age-old maneuver.

Be careful where we lay our blame.

Posted by the couch activist at Sunday, April 17, 2022 No comments:

How Many Genders Are There?

Many sessions ago, my psychotherapist giggled when I angstfully said,

It now seems I was on to somethin' there eh?

Can we define a woman?

I tell ya what ... you could definitely define a woman by how effed up the Medical Industry treats her when she turns 48ish and begins to change.

You see, I personally believe in numerous genders.

If you look at our true history you'll see many more than two genders.

If you look to our wild nature & her animals you'll see many more than two genders.

I believe that there were too many to control & so they narrowed it down to two.

Now, two genders are too many to control.

Let's get down to one for ease of organization and control.

I mean, having to print two boxes on every application takes too much ink.

If they win--which they don't btw--there will not be a male and female box on applications.

What we allow is what will follow and if you never think about why your leaders make the decisions and changes they make, then you will always be controlled.

Every action has a reason behind it, none of which are about giving you more control or power.

Posted by the couch activist at Wednesday, March 30, 2022 No comments: 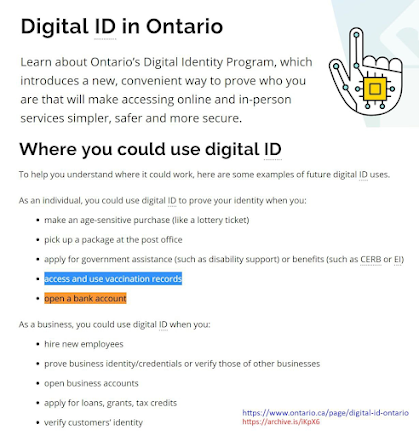 Posted by the couch activist at Saturday, February 12, 2022 No comments: