On behalf of the millions of legal and illegal medicinal cannabis patients across Canada,
I'd like to offer my congratulations to the black market marijuana dealers.  You won for now.

I can imagine you're busy busy little beavers.  Weighing out dime bag grams of some sorta Kush, the most popular street strain.  You know they'll sell lickity-split because now you have a captive audience.  Or shall I say, once again you have us right where you want us.  And hey, I don't hate you all, I mean y'gotta get it somewhere.

You see, Canada has a Cannabis program yet it remains federally illegal.  I just became legal myself and I sit here perched on the fence between legal and illegal.  The bud I'm using is illicit, yet next week when my order from bedrocan comes in, it will be licit.  Same plant.  Different legalities.  The only real difference being, whom I paid the money to.  It doesn't take a white coat to grow this plant.

It is said that over 50% of the country takes five or more prescriptions per day.  Imagine for a moment if you could only get those prescriptions via the internet or by telephone, delivered by snail-mail to your canada post mail box.  Instead of speaking face-to-face with a human who can help you understand those five medications, you can only do that over the phone.  And even then, you'll soon realize that you're not speaking to anyone who has specialty in this field of prescription medicine. Seems crazy doesn't it?  But that's what I'm expected to do now that I'm part of the MMPR.

For all intents and purposes, dispensaries = pharmacies.  Like a pharmacy, those shops that have now been shut down in Toronto, dispense medicine to people who need it.  I may not agree with their 'pushing the envelope' way of starting up, but that action is a side effect.  The actions that allegedly had them shut is also a side effect.  And those side effects needs to be studied.

Our family doctors know nothing about Cannabis.  Health Canada doesn't teach them on it, doesn't recognize it as a medicine, and they don't really encourage the signing of patients into this supreme court mandated program.  Therefore, sick individuals who find relief with this plant are faced with never finding a Doctor to make them legal.  Do you really think any of us like being 'criminals'? Many of us finally feel human again with this plant and now we're not human, we're criminal.

The MMPR is a broken program.  In order to take part you need a doctor, but doctors to sign are hard to find.  If you do find one and become legal, you're only considered legal if you're ingesting product sold to you by the Licensed Producers.  Dispensaries can do more than the LP's can.  Dispensaries humanize things.  The LP's know this, which is why we're seeing mobile units starting to tour around the countryside.  I deserve to be allowed to walk downtown and buy this medicine from a human.

Back to Toronto, consider it this way:  today the black market and the Toronto Police Department agreed on what action to take.  The Police just did them a huge favour.  In the next weeks, those people on the streets are going to get rich.  After all, illness doesn't take a back seat to bureaucratic bullshit and capitalism.  Cancer doesn't take a time-out because we have to do studies.  Crohn's doesn't stop being a pain in the ass for thousands simply because we're not sure if smoking this plant should be allowed.

There are so many ways to look at this situation, not the least of which are investments lost.  In the end, a quick google search will show you, the harm to the public is closing down these shops.  It's in the public interest and safety to regulate and integrate dispensaries into the business economy in every city.  We're not going to stop using the plant that gave our lives back.  We're just not.

Posted by the couch activist at Thursday, May 26, 2016 No comments:


I had a friend once who lived a happy life until she moved into a new town and soon realized that the man who had molested her as a child, lived three doors down the street.  Sleep alluded her, stress engulfed her.  She soon started drinking a bottle of wine every single night so she could fall asleep.
Each glass of grapey ethanol goodness muddied her memories until they were unrecognizable.  She'd pass out, sleep, get up, go to work, and then do it all over again.

I had another friend who's husband appeared to have two personalities.  The sober one was a reclusive jerk, while the other one that came out after two brown drinks, was husband of the year.

There are people in physical, chronic pain who wash down Tylenol with beer every single day.  The two together loosen up the joints, numb the nerve endings, and allow them to move.

If I could list the ailments treated with the home remedy known as ethanol, I know it would be a long one.  There are people who buy a bottle of medicine every single day, rotating from LCBO location to location, 007-style.  Of all of the poisons to addict ourselves on, ethanol is the worst to detox from. Death occurs often.

Thing is, home remedies are sort of frowned upon nowadays aren't they?  Natural remedies under attack and all.  If I were a capitalist prick at the head of Big Pharma, I'd see Alcohol as a threat to my income.  Yet, Ontario's Premiere Wynne has recently made this particular home remedy even more widely available for you to purchase.  Ontario Wine and fruit Ciders are now legal to sell at Farmer's Markets in Ontario.  Hmmmm ... have you been to a farmer's market recently?  The security detail is lax to put it mildly.  Quite often, booths are open at the back where theft by under-agers could occur within seconds.  What about the children?  Here's a list of upcoming Ontario farmer's markets in your area where you can buy wine made with 100% Ontario fruit.  My city has two sites, the main one being at Market Square three days a week this summer.  So convenient to buy something that statistically kills 50,000 of our fellow Canadians every single year.

Premiere Wynne has also given away millions in revenue for Ontario to certain hand-picked capitalist conglomerates that are now allowed to sell beer in their grocery stores.  So great to live in a free society where the Queen's students can get their chips and beer in adjacent aisles.  The "impulse-buy" is encouraged and likely accounts for a lot of sales.  Since when does a financially ailing Province give away revenue like that?  Are we sure she's on our side?

In addition to this, Ontario now has a brilliantly growing craft beer and wine industry.  She's even subsidizing wages for a few.  Craft beer itself is huge and regulation on alcohol content seems to be something that no one really considered because the last glass I had was 9% alcohol.

When the highest content beer I can buy in the store is 5.5%, and the Craft industry is producing ones that are 3.5% higher, shouldn't consumption guidelines be suggested?  Are those of us with our smart serve just supposed to do the math in our heads and cut the patron off accordingly?  Oh that should go over well!!

Oh, but it colours regions of our Country with flair and commerce.  Oh, but it's a cultural rite of passage no matter the detriment.  Oh, but just think of the extra tax dollars Ontario will earn!

Here's the thing ....  when you're selling shit that kills and addicts people, forcing them to spend their rent money on a bottle each night, you have to think twice about all the colour and all the flair.

Ms. Wynne, alcohol isn't good for many of us.  Many of us can't have just one glass.  One glass tastes like two and then the bottle is empty.  Did you do any research on this when you made these decisions?  Or were your eyes so filled with dollar $igns that you forgot about the health of the citizens you represent?  Or is that the problem, you forgot that you represent ALL of us.  Not just the capitalist pricks?

Posted by the couch activist at Wednesday, May 11, 2016 No comments: 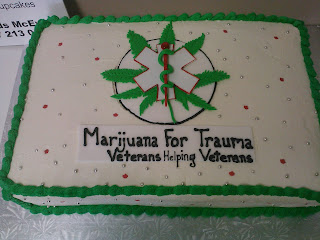 I just took part in day one of something great.  I went to the open house for MFT, the Marijuana For Trauma group that is going to help the Limestone City get relief. There are a lot of support groups out there, but this one has proven to me that the best ones see you shaking hands upon entering, and hugging upon leaving.

This particular support group was started by Veterans with post traumatic stress disorder helping others like themselves. Thousands of Veterans and thousands of civilians have realized that Marijuana eases PTSD.  Cannabinoids ease trauma.  For my depressive brain, Cannabis de-amplifies the negative so that all of my positive can come back to me.

Luckily for Kingston, MFT aren't only here for Veterans of Kingston. They're here to guide anyone curious about Cannabinoid therapy.  If you need help navigating the process of becoming a legal medical marijuana patient, this is where you need to be.  These are people who like me, realized a while ago that the pills don't work for us.  We went looking for something else and we found it in the Cannabis plant.

I spent about 16 years on various cocktails of pills for my depression.  I accepted the detriment those pills had on my body because it beat feeling dark and empty. Feeling nothing was better than feeling everything magnified.  I said goodbye to my orgasm, said adios to normal gut and bowel function.  I said goodbye to inspiration because I accepted the numbness.  Until I, just like the guys who started MFT just couldn't live that way anymore.  Six years ago I said goodbye pills;  hello cannabis.  My health soared.

Now the really great thing about this location of MFT is that it's going to be a full service facility. They see what I see: therapy for optimal health includes the full spectrum.  No one thing is all you need.  Self-care routines, exercise, sunlight, talk-therapy, love. Proper treatment for any mental illness includes a plethora of things.  So they will provide on-site counseling, nutritional guidance, registered massage therapy, support nights for spouses, and so much more.

Here's what in my opinion sets this group apart.  It's the intangibles here.  It's the fact that there's a cel phone number on the business card so if you need help at 3 am, someone will answer.  It's in the way they look at you, right at you when you talk to them.  It's the hugs they give.  Hugs that last long enough for anyone to know they matter.  There will be open mic music nights and there will no doubt be regularly scheduled functions so this network can re-group, re-tighten, renew the vow that they are a family.  Behind the desk will be a wife who will say to you, "this is what happened to me and my husband, maybe we can help."  In the rooms down the hall will meet volunteers who can assist you with paperwork, or research, or anything a friend would ask a friend about.  This thing that sets Marijuana for Trauma apart, is that utter sense of safety you feel when you're around them.  Like they could know everything about you, and still love you.

Radical loving acceptance ... just in time for that paradigm shift.